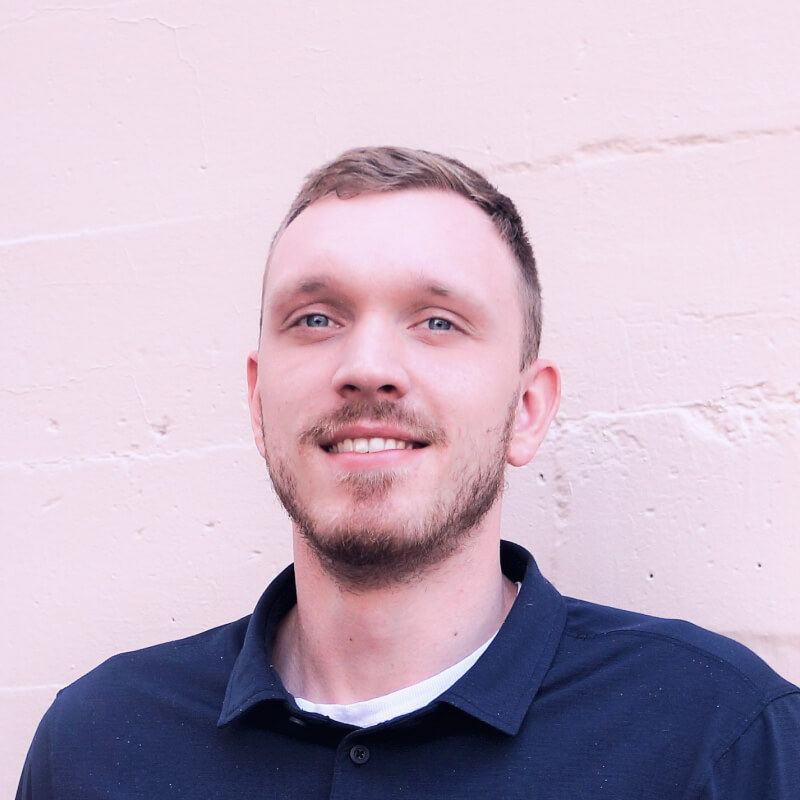 After graduating from the College of Idaho, Dominic decided to round out his education with a Boise Codeworks bootcamp. He’d studied poli-sci and economics in college, but he’d always wanted to build an app from start to finish. Becoming a full-stack developer gave him a well-rounded suite of skills to tackle his dream, and the bootcamp’s project-based learning style gave him a head start. This came in handy when he built his own crypto trading app designed to automate purchases and reduce emotional decisions in a volatile market.

He made the move to Ventive so he could have the chance to make higher-level decisions and architect apps from the beginning. He’s excited about the chance to take a step away from the code, but still be a developer. When he’s not coding, he’s teaching himself to play the guitar or playing basketball.